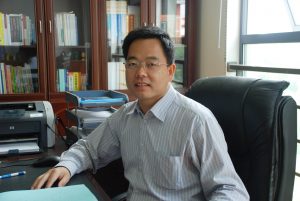 Professor Liu Nian Cai is currently the Director of the Center for World-Class Universities and the Dean of Graduate School of Education at Shanghai Jiao Tong University. His current research interests include world-class universities and research universities, university evaluation and academic ranking, research evaluation and science policy, globalization and internationalization of higher education. Professor Liu has published extensively in both Chinese and English. His latest books include Matching Visibility and Performance: A Standing Challenge for World-Class Universities” and Building World-Class Universities: Different Approaches to a Shared Goal . The Academic Ranking of World Universities, an online publication of his group since 2003 (http://www.ShanghaiRanking.com), has attracted worldwide attentions. Professor Liu has been enthusiastic in professional services. He is one of the vice-chairmen Observatory
several international and national journals. 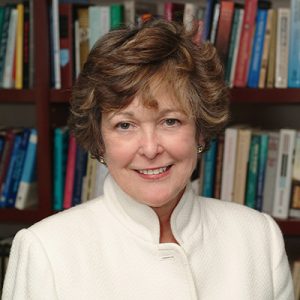 Mary Brown Bullock is an educator and scholar of U.S.-China relations. From 2012 to 2015 she served as the inaugural executive vice chancellor of Duke Kunshan University in Kunshan, China. Earlier she served as distinguished visiting professor of Chinese studies at Emory University, director of the Asia program at the Woodrow Wilson International Center for Scholars and director of The Committee on Scholarly Communication with the People’s Republic of China at the National Academy of Sciences. From 1995 to 2006 she was president of Agnes Scott College. A 1966 Phi Beta Kappa graduate of Agnes Scott, she earned her M.A. and Ph.D. in Chinese history from Stanford University. Her most recent publications are The Oil Prince’s Legacy: Rockefeller Philanthropy in China (2011) and co-editor, Medical Transitions in 20th Century China (2014). Dr. Bullock serves as vice-chair of The Asia Foundation (San Francisco), as a director of The Henry Luce Foundation (New York), and Genuine Parts Company (Atlanta).  She is a member of the Schwarzman Academic Advisory Committee and is a member of the Council on Foreign Relations (New York). From 2004 to 2014 she chaired the China Medical Board.  Among her honors is the 2016 Agnes Scott Distinguished Career Alumnae Award.

Ulrich Teichler was a Professor at the International Centre for Higher Education Research (INCHER-Kassel) and the Department of Social Science, University of Kassel (Germany) from 1978 to 2013, and former director of the Centre for 16 years. He was vice-president of the University of Kassel from 1980 to 1982. After he completed his PhD from University of Breman, he was a researcher in the Max Planck Institute for Educational Research, Berlin. He had extended research periods in Japan, the Netherlands, and the U.S.; part-time or visiting professor for some period at Northwestern University (U.S.), College of Europe (Belgium), Hiro­shi­ma University (Japan), Open University (UK), and Shanghai University (China). He also had teaching activities in Argentina, Austria, Norway and at other German universities. He had more than 1,300 publications and more than 1,000 visits to more than 80 countries for teaching, research collaboration, conferences, presentations, and consultancy. He is the Member of the International Academy of Education (IAE) and the Academia Euro­paea (AE), former chairman of the Consortium of Higher Education Researchers (CHER), former president and distinguished member of EAIR, vice-president and fellow of SRHE, honourable member of the Gesellschaft für Hochschulforschung (GfHf); Comenius Prize of UNESCO; Dr. h.c. of the University of Turku (Finland) 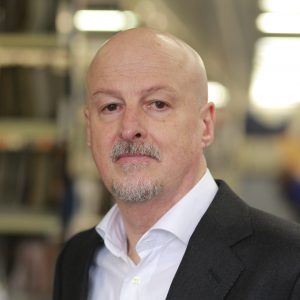 Stephen J Ball is Distinguished Service Professor of Sociology of Education at the University College London, Institute of Education. He was elected Fellow of the British Academy in 2006; and is also Fellow of the Academy of Social Sciences; and Society of Educational Studies, and a Laureate of Kappa Delta Phi; he has honorary doctorates from the Universities of Turku (Finland), and Leicester. He is co-founder and Managing Editor of the Journal of Education Policy.

His main areas of interest are in sociologically informed education policy analysis and the relationships between education, education policy and social class. He has written 20 books and had published over 140 journal articles. Recent books: How Schools do Policy (2012), Global Education Inc. (2012), Networks, New Governance and Education (with Carolina Junemann) (2012), and Foucault, Power and Education (2013).

William G. Tierney is Co-Director of the Pullias Center for Higher Education, University Professor and Wilbur-Kieffer Professor of Higher Education at the Rossier School of Education. Former President of the USC Academic Senate, he chaired the Ph.D. program for the USC Rossier School of Education and chaired the University Committee Academic Review. He also served as president of the Association for the Study of Higher Eduation. He is Past President of the American Eduational Research Association. His research interests pertein to organizaional performance, equity, and faculty roles and rewards. Professor Tierney teaches courses on the administration and governance of higher education and on qualitative methods. He has been visiting research professor of faculty of Education, University of Hong Kong for three years.