Instead of being spoon-fed or overfed, students should be free to explore different interests and possibilities, said all four speakers during South China Morning Post’s forum 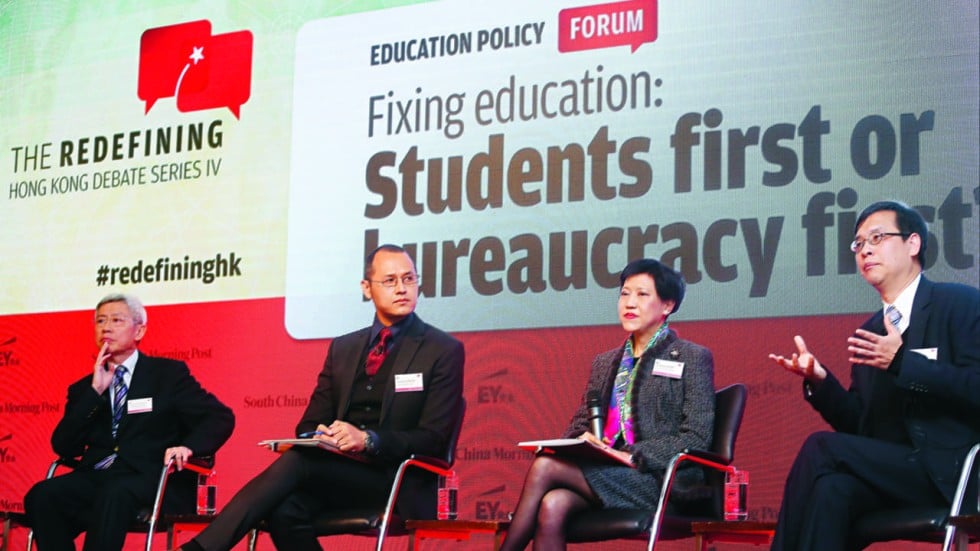 The panel offer their views at the Redefining Hong Kong debate series at the JW Marriott Hotel in Admiralty. Photo: K. Y. Cheng
If schools are zoos, and students are animals confined in cages, when disasters strike, should zoo administrators move the cages elsewhere? Should they teach the animals how to protect themselves, or should they improve the zoo’s defensive system?

“No, open all the cages!” was the answer from Professor Cheng Kai-ming, one of the speakers at a forum on education policy ­organised by the Post.

Instead of being spoon-fed or overfed, students should be free to explore different interests and possibilities, agreed all the four speakers during the forum yesterday. They said the system under which everybody focused on passing exams, where there was only one correct answer to every question, and which only used one ruler to assess all ­students’ level of success, should be reformed.

“The system is sick,” said education sector lawmaker Ip Kin-yuen. Requiring all pupils to spend six years in secondary schools studying the same curriculum regardless of their academic abilities and be judged by the same final exam results would not work for those unable to catch up with the curriculum, or those with ­talents outside mainstream ­academic studies, he said.

The legislator and veteran teacher suggested that anyone reaching the age of around 15 should be allowed to choose between the academic stream and a government-funded vocational option that would also get them widely recognised qualifications.

Veteran educator Anissa Chan Wong Lai-kuen, principal of St Paul’s Co-educational College, highlighted the gap between what is espoused and reality in the city’s education system.

The curriculum only focused on teaching how to pass exams, there was not enough support for schools and teachers to try new approaches, and the university admission system did not favour non-academic skills such as creative thinking, team spirit, adventurism and humanistic values, Chan argued.

“[Otherwise] I don’t think there will be issues where we have to deal with … suicide phenomenon and … so many failures,” Chan added. “There is meaning for all, not just those who are ­academically successful.”

Arnold Chan Kwan-yeung, co-founder of Teach4HK, a non-governmental organisation that enlists university students to teach underprivileged pupils, said Hong Kong’s use of public exam results as the only ruler to define success and its lack of a “culture of failure” further intensified the pressures on students.

Chan said a culture of failure often cultivated innovation, and society as a whole – including the government, teachers and parents – should embrace change. 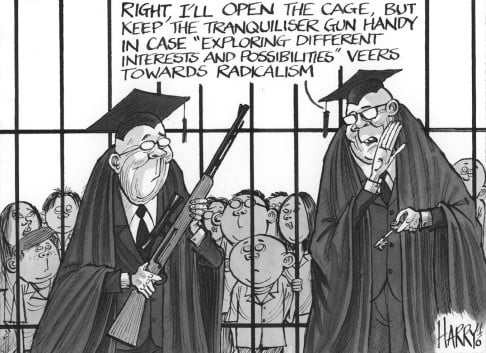